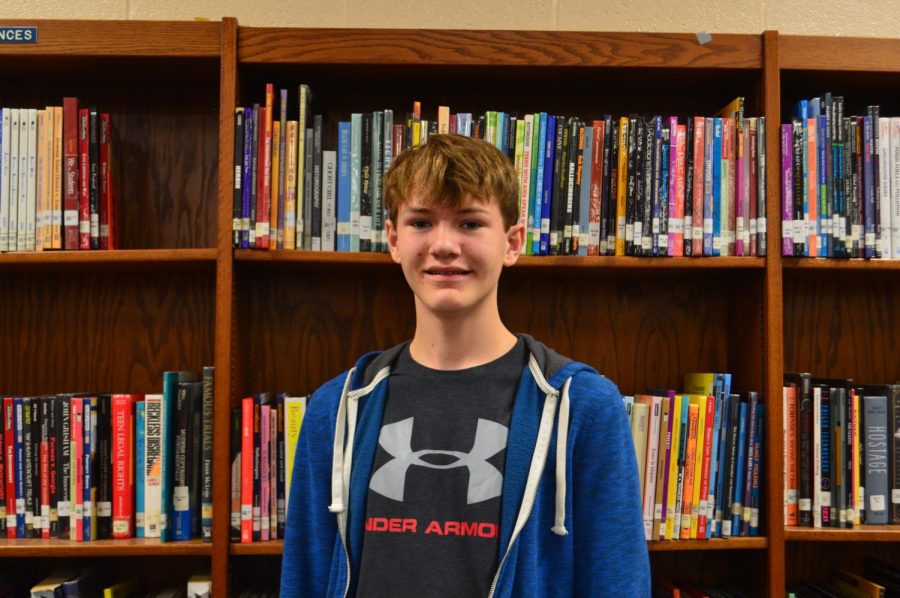 According to the Students for Social Change national website, they are a “student-run and non-partisan organization of motivated youth activists who want to make the world more just and equal.”

Their national mission believes “lasting change comes only through direct action,” so they created chapters across the United States to motivate more students to participate in rallies, marches, and organized protest.

Since the organization originated in Westley, California, a publicity director contacted Cobb through Instagram, after which he joined the online club. After some time, he was eventually named the Kentucky State Lead.

According to Cobb, the club is based around the feeling of equality and tackling issues that are against it.

“It’s really about making everybody feel equal, and trying to fight for equality and change in our community, because we do live in a different world that’s much better than it was years ago,” Cobb said. “However, we still have issues, and in the schools we believe it can make a change.”

Cobb also discussed the difference between this club and other clubs in our school.

“It’s really about student activism. There’s the Spectrum club which is all about LGBTQ, while Students of Social Change are all of those issues mixed together, “ Cobb said. “So if you believe strongly in equality and stuff like that, and you want to fight for equality and change, then that is why you join our club.“

Club Sponsor Katherine Graybeal explained why she decided to sponsor the new club.

“Preston approached me, and he was looking for a teacher who wasn’t currently sponsoring a club, and I think with me teaching social studies, it made a little more sense in terms of the topics and the area for me to potentially sponsor that club,” she said.

Graybeal also said that the club is for students to expand their awareness on social issues, get involved, encourage future leaders to take action, and view current events to prevent them from happening in the future.

Cobb said that this club is for those who have a passion for wanting to make a change in Central Hardin and in the world.

“I’m going to be honest… this club is not for everyone, but if you really want to make a change and feel like in high school, you fought for equality, then I would say this club is great for you,” Cobb said.”It’s almost a political club because these views aren’t the same with everybody, even though they almost seem like they should be viewed by everyone in society.”

Cobb hopes that this club accomplishes many things, but it will all begin with student led discussions to determine what will happen next.

“I really hope for us to accomplish, of course, change and make everyone feel equal and empowered, and feel like they have a voice,” Cobb said.

If you are interested in participating in Students for Social Change, the first club meeting is on Nov. 9th. Contact Katherine Graybeal or club leader Preston Cobb for more information, or check out the national website www.studentsforsocialchange.org.