Security Cameras: the Functionality and Reasoning Behind it All 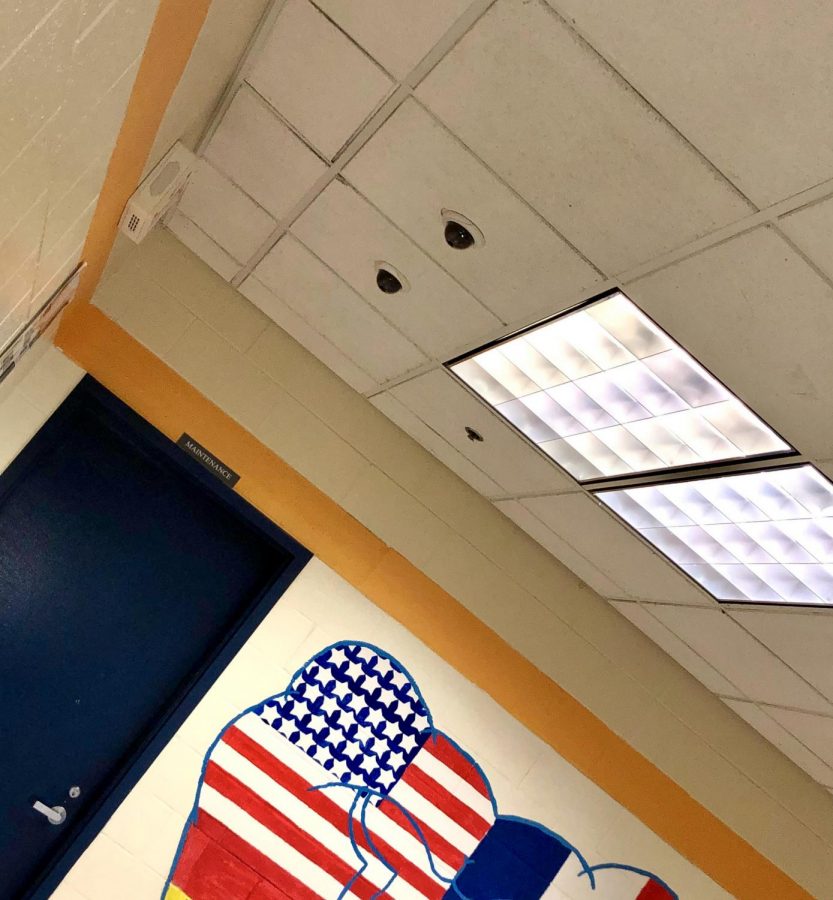 As a student you have the responsibility to keep yourself safe by following rules and regulations in school on a daily basis, yet, there’s still more that goes into to keeping the school safe and secure. Throughout the building, on buses, and on other school property, there are security cameras. Some questions may arise, though, about the validity of the security system. Can it be amended in a specific situation, and are the cameras efficient in attaining our safety?

You may wonder what the rules and regulations in regards to our privacy are dealing with the security system.

Each and every student in the district is given the Certification Statement Form at the beginning of the school year to fill out. This form gives parents and guardians the option to allow their students to be photographed, filmed, or audio recorded by the school and or the Hardin County district or not.

Some students, such as Jayla Boyd, a senior, have also addressed the way the form may fit into the security systems authority. “If you agree to it (the options that are given on the Certification Statement Form) then you’re basically agreeing to be on security camera, but if you don’t, well it has to do with the safety of the school. It’s not for recreational purposes.”

The options given on this form may have some limitations, in regards to the security cameras, as Boyd and Isaacs have stated.

Essentially, a student will be filmed by security cameras in the school under any circumstance. For privacy reasons, though, other outside visitors, such as parents, and other students are not permitted to view the videos recorded on the security cameras; they are simply for the use of administrators.

Isaacs continued to say, “You also have to understand, where security cameras are they are not in classrooms and bathrooms. They’re in public spaces. The courts will tell you, you don’t have an expectation of privacy there. You give up certain things for security, as your expectation of privacy goes down the ability for people to see it goes up.”

Security and safety are the primary concerns of the administration and is the reason for the cameras throughout the school, but yet do we have an efficient amount of cameras in our school and on our buses?

“I feel like they are efficient… but yet we need more cameras because it just protects the students and allows a better way to know if anything’s going on or if anyone’s in trouble or something like that,” freshman Jillian Cornett said.

Many have this same idea, that the cameras protect us, the school becomes a safer environment the more security camera surveillance we have in place.

“We probably need more cameras, just a few, due to the fact that people get away with a lot of stuff, so the purpose of security cameras should be relevant,” Boyd noted.

It seems to be clearly expressed by the student body that more cameras within the school would be a great way to promote safety and improve the overall behavior of the student body.

Isaacs said that he has never had any complaints or issues from parents and guardians relating to the security system.

Ultimately security cameras are quite universally accepted as helpful by the student body and administration, and not much or if anything alters their authority and use.

“Security cameras are there for just that: security,” Isaacs concluded.