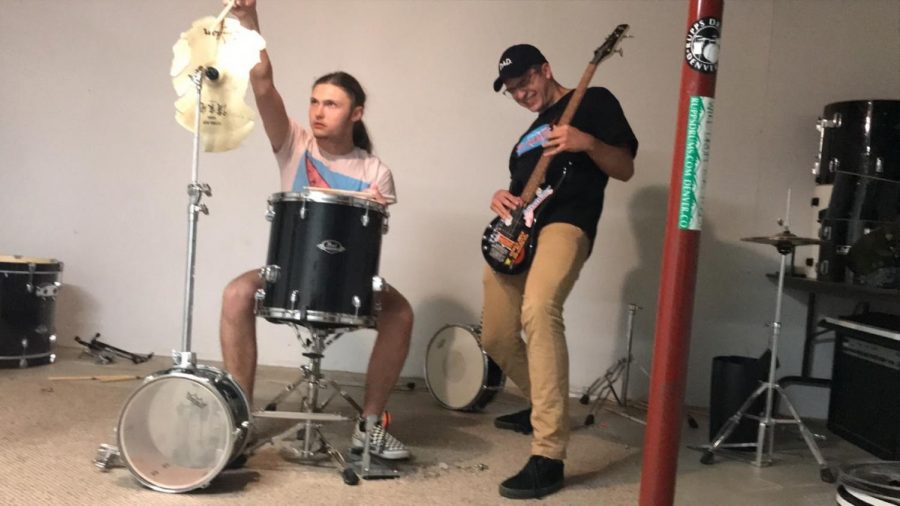 A local band made up of two Central students is planning to rock E-town’s world with their debut album: Lost In The Sauce.

“We’re kind of innovative. I don’t see anyone else out there doing what we’re doing.” said Brendan Childers, the bassist and guitarist for the band. Childers and his friend Gerald Nottingham got together in late 2018 and decided to work on a musical project they called The Beetles. So far, they’re in the process of recording an album and soon they will release the first single, titled “Lost In The Sauce (Reprise)”.

“It’s more than music, man, it’s from, like, a whole different plain of existence than us,” said Nottingham, the drummer and songwriter. “We’re gonna release it on my mom’s YouTube channel.” If you’d like to listen to the song yourself, a link to the video will be attached below the article.

“I’m proud that my son has found something to do with his life,” said Nottingham’s mom. “I’d rather have him ‘jamming out’ here at home than out there in the wild.”

Lost In The Sauce (Reprise)