Welcome to the Jungle; A.K.A. Central’s Hallways 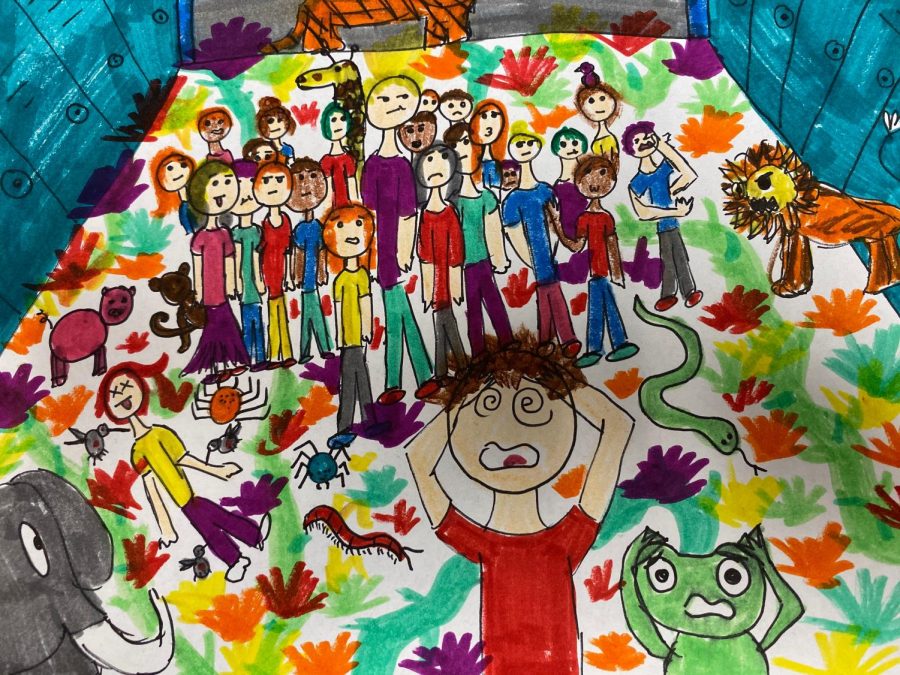 High school: It’s awful in general, but it’s even worse when you’re stuck between random people you don’t know while trying to get to your next class. This isn’t a problem all over the school, so why do only certain areas of the school get clogged?

When the bell rings, all students are released at once, causing too many bodies in one place. Like gremlins scattering from light, kids flood from upstairs, downstairs, left, and right into the tiny hallways, creating a never ending sea of children. And what’s even worse is that the kids are as slow as Christmas! Two steps for them is five inches.

The stairwell to the freshman hallway is by far the worst. You have about one hundred kids coming from the foreign language hallway, running into kids coming up and down the stairs, straight into people getting materials out of their lockers. It’s like a triple layer of cake, but the cake gets caught in your throat due to the amount of frosting.

The runner up for the worst traffic are the hallways near the cafeteria. They’re the only ways to get to every single class in central, besides a few of course. If you don’t get there fast, you get stuck.

There’s really no way to solve this problem, other than redesigning the school’s anatomy, but here are some of the best ways to prevent getting in a traffic jam.

The first option is to wait. Since everyone else is in a rush, it might just be better to sit back and wait for the crowd to calm down. This would be a great time to get materials from lockers or talk to friends. Just don’t be tardy. No one wants to be due to the new rules.

The second option is to push through. Everyone has experienced a time when they’ve had to slither past someone in the hall. Half the time, kids in the hall don’t even listen when asked, “Can I come through?” In the hallways, it’s everyone for themselves, so plow past those slow walkers.

The only other option is to get there faster than everyone else. For the people who can’t stand getting caught in traffic, this one for them. As soon as the bell rings, bolt down the halls, but don’t run, speed-walk. That way walking through the halls will be a breeze, and the painfully slow people won’t have to be dealt with.

Try to persevere the dense jungle of hormones, and remember, when all else fails, speed-walk.