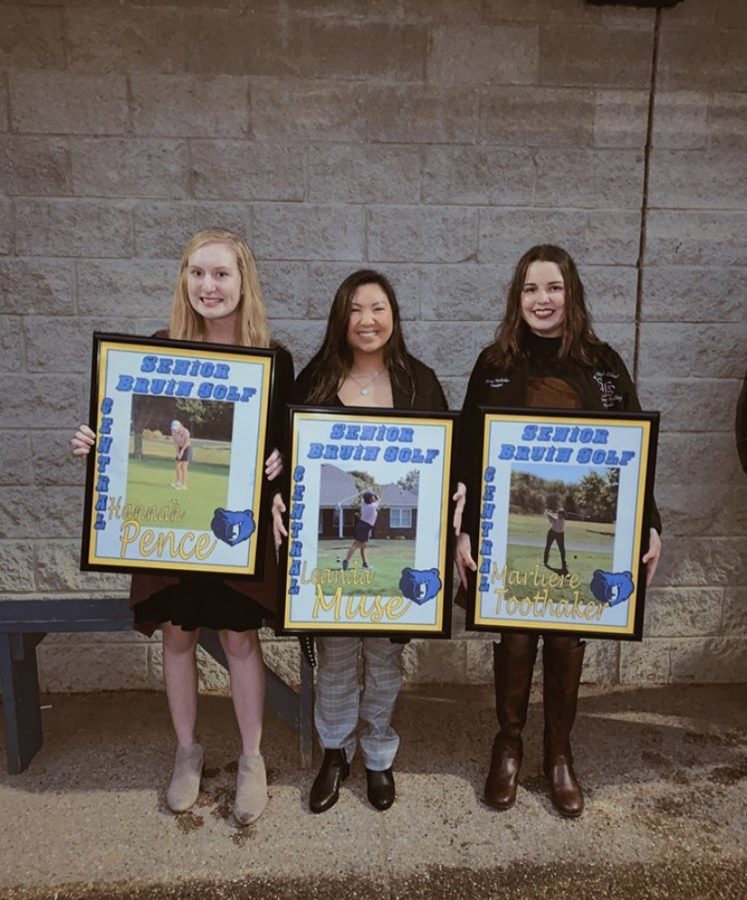 On Friday, October 25, seniors who were a part of Central Hardin’s extracurricular activities were recognized for their years of hard work and dedication at the football game against North Hardin. The groups praised were football, golf, and marching band. Each activity was lined up in alphabetical order and the announcer called out each senior by name, listed their parents, how long they had participated in said activity, and what they planned to do after high school.

I was one of the students recognized, and when me and my fellow seniors walked down the line, we received a yellow rose adorned with white baby’s breath. We then stopped to smile at the crowd and listen to the cheering of our fellow peers and family members. At the end of the night, every senior received a large action shot, placed in a black frame, of themselves taking part in their activity.

Gracie Vangurp, a senior in the marching band, shared her thoughts about the event.

“I felt like senior night went really good,” she said. “For me, it just kind of took forever because it was cold and rainy.”

“Senior night was really fun for me,” freshman spectator Sydney Ray said. “I was excited for all the seniors, but also sad because I knew they would be leaving. I thought it was really fun and I liked the supportive energy everyone had.”

“It was good. Yeah, it was fun,” Xander Allen, a senior on the football team, said.

As a participating senior in this event, I had a great experience.

That day, the marching band had just came back from a competition in Indianapolis IN. It was my very last time performing and I was exhausted from all the excitement of that morning.

At first I was upset about going to senior night. I was super grumpy about getting up at four AM on a Saturday for a competition, but when I arrived at Central, I got into uniform and walked down to the track.

When they called my name, all of the marching band underclass men cheered for me, which got me super emotional because I realized how much I meant to them. Tears welled up in my eyes, and the cheering from my fellow marchers made all the trouble of the day disappear.

Overall, senior night turned out to be a huge success. Even though the weather was cold and rainy, students, families, and teachers got a heartwarming experience seeing their seniors recognition for their accomplishments. Like them and their families, I will never forget this experience.