Juice WRLD Actually Made It Past 21? 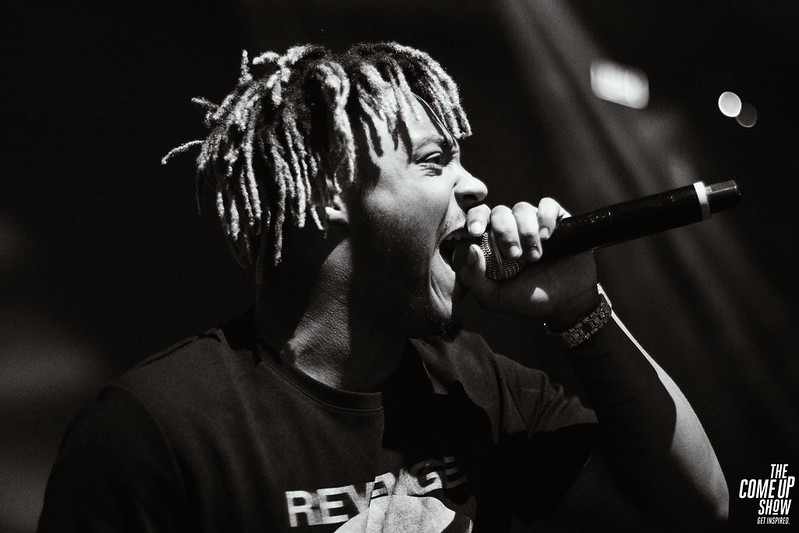 In the mourning and sadness of famous rapper and winner of the Billboard Music Award for Top New Artist Juice WRLD’s death, many fans refuse to believe the facts. And for good reason.

Many of Juice WRLD’s hits reference some very suspicious coincidences. For example, in his 2018 hit “All Girls Are The Same,” Juice WRLD sings the lyrics, “I’m a jealous boy, really feel like John Lennon.” On December 8, 1980, John Lennon was assassinated, the very same day Juice WRLD died 40 years later. Not only is this coincidence a little strange, it is not the only strange happening involving Juice WRLD’s death.

Prior to his death, Tik Tok users began a trend to fake a seizure to Juice WRLD’s 2018 song, “Lucid Dreams.” The trend blew up and many fans participated in it. When news spread that Juice WRLD had suffered a seizure, everyone began to have their suspicions. As the seizure trend was popular right before his passing/currently on TikTok, Juice WRLD fans immediately made the connection.

Referencing yet another one of his songs, Juice WRLD’s 2018 hit “Legends,” a song about legends and role models dying too soon in a world full of drugs, says, “What’s the 27 Club? We ain’t making it past 21.” Juice WRLD was 21 when he died. Enough said.

Another piece of almost irrefutable evidence is the 2017 twitter post in which Juice WRLD claimed that he would fake his death.

The quote reads, “My goal is to get overly famous, shine for a couple years.. then fake my death.”

Not only are there skeptical details on the facts of his murder, Juice WRLD ultimately told everybody this would happen. Yes, it would be difficult to fake your own death to this extreme, convincing the whole world, but it nevertheless is possible.