The Struggles and Perseverance of A Central Alumna: Nora Gocking 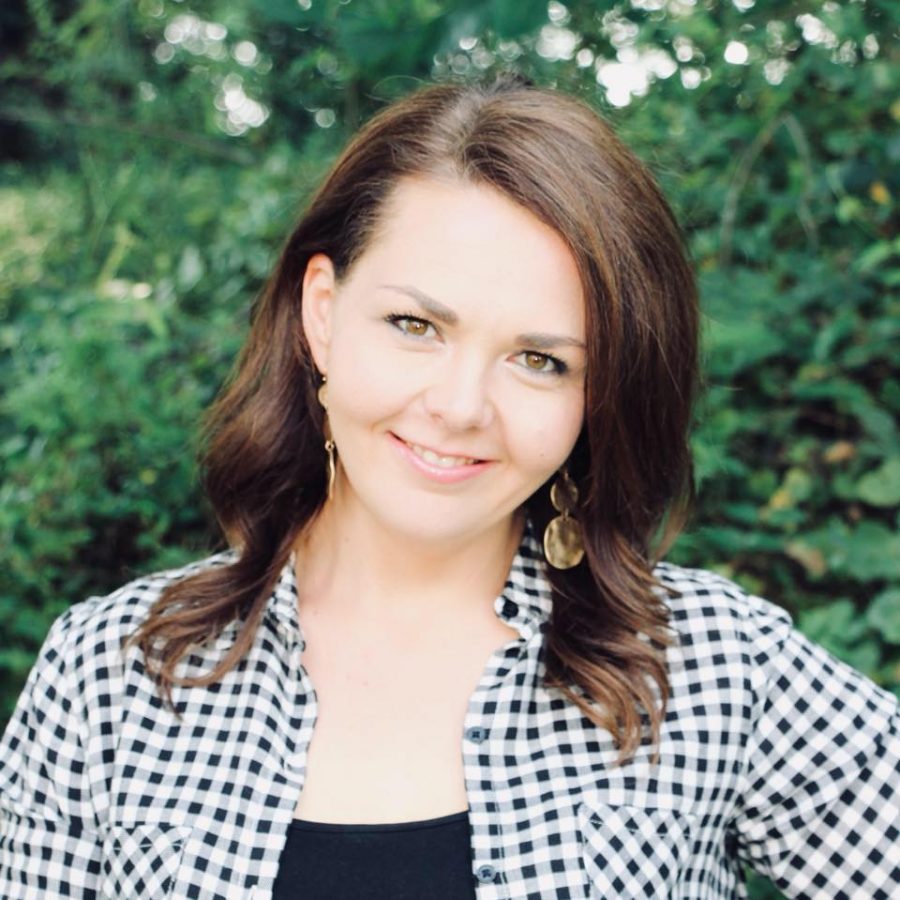 Alumna Nora Gocking was diagnosed with Multiple sclerosis when she was 34. She graduated in 1999 and is currently the Executive Assistant for the Hardin County Water District No. 1. Gocking has dealt with her struggles in a productive and inspiring way.

“Before I was diagnosed,” Gocking said, “I had the worst Multiple sclerosis attack. I didn’t know that’s what it was, (and) the doctors explained it away. It was very much like a stroke. The whole right side of my body was pretty numb, I had a hard time. Really I couldn’t walk for a couple weeks, I couldn’t speak clearly, my tongue was numb. My handwriting — and that was the least of the problems — I didn’t get my handwriting back for two months, and it was a long two months of recovery.”

This attack occurred when she was 33. Though Gocking had a long journey of recovery, she overcame her struggles with friends and family in her corner. She was ready to fight in whatever way she could.

“Right after diagnosis,” Gocking said, “we sort of decided that we were not going to let this define me, or define us as a family. So, we were going to do everything- while we couldn’t control this disease, we could control what we ate, what we did on an activity level, we could control our finances, and all kinds of things like that.”

The Gocking family decided they were going to keep on trucking and live their lives in the best possible way. That decision allowed for some major changes  in their lives.

“That really seemed to help everything, I lost a lot of weight because of that. I was 350 pounds at the time I was diagnosed, and I ended up losing 180 pounds, so that was a huge change for our lives.”

Gocking wasn’t going to let this get her down, so she continued to do what she could, while she could do it.

“In the process of all of that,” Gocking added, “I decided ‘you know, I physically can do some things now, and while my body lets me do physical things, I’m going to do them.’ So, we became runners, and to this date, we have completed four half-marathons, and one full. I don’t know that we will ever do full again; full is really hard. As long as my body will move, I’m going to keep running.”

Gocking’s number one supporter throughout her battle with Multiple sclerosis has been her husband, Brian Gocking.

“From minute one, the doctor left the room and we both looked at each other and lost it; cried,” Gocking recalled. “He took my hand, and he prayed the boldest, biggest, most amazing prayer. He’s the one who said, ‘this does not define us, this is not who you are, it’s not who we are, we get to choose who we are because of this, and God is going to provide a way.’”

Gocking has made some sacrifices for his wife, and they’re completely  out of love.

“He has been the biggest cheerleader,” Gocking said. “He’s the one that is very good at reminding me to slow down and not take on too much, to rest when I need a rest, and if that means he’s the one doing the dishes every night that week, he doesn’t care.”

Giving up the foods that you love to eat for the sake of you own health can be difficult, but doing it just because someone you love has to, that’s heartwarming.

Though she had the support of her family, having more support is always beneficial. Gocking found people who would be there for her and help her through this battle, supporting her the entire time.

“It was super important that we had a good community,” Gocking says. “Whatever that looks like for you- for us it means our church family and our life group- but if you have a community of friends that you get to be there for, when those bad things happen to you, it makes all the difference to have those people.”

“It’s not that people will understand exactly what you’re going through, but they can empathize and sympathize with you,” Gocking mentions.

Multiple sclerosis isn’t the only thing Gocking has endured in her life. When she was only a sophomore in high school, Gocking found out she was pregnant.

“He [my son Daniel] made me grow up,̈”Gocking states. “The person that I was, the Nora that I was my freshman, and for most of my sophomore year, didn’t have any direction.”

This was not easy for her, but she is grateful for the experience.

“I was very obsessed with what people thought about me,” Gocking recalls, “and fitting in, and then I had my first boyfriend. I became very obsessed with that relationship and just not healthy. I was in way over my head, and I was having to make big, grown up thoughts and decisions when I was a kid, and I needed to get to be a kid.”

Gocking had to grow up and change many things in her life at a young age.

“I feel like Daniel and becoming a mom was God’s way of growing me up and saying, you need to pick a direction you need to focus. I did, and I don’t recommend it for anyone,”says Gocking.

Gocking faced many challenges with being pregnant in high school, but her family was ready to support her.

“When he was tiny, he was born four weeks early,” Gocking recalls, “and that meant he was very small, and instead of feeding him every three hours — which is what a typical newborn eats — he had to eat every hour and a half.”

“I remember my mom and my sister both saying, ‘this is not the end of your life, you are going to go to college if you want to and you’re going to graduate.’I did, and I graduated with honors and I didn’t have to miss a day of school. I had a family that supported me and it was good,” Gocking says.

Knowing who your true friends are is already difficult when you’re in high school, but having a child can really throw a wrench into those friendships.

Overall, Gocking took her struggles like a champ and overcame them with supporters always in her corner. She said her biggest support, however, was, and still is, God.