Shows you need to watch 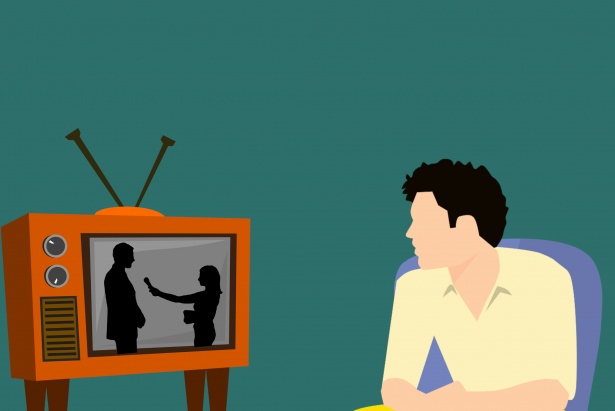 Has social distancing caused you to rewatch the Office for the 100th time this week? Do you need a new show to watch to spice this time locked away inside?

Well then do I have the article for you. I present to you, Bailey’s guide to what T.V. shows to watch during this odd time of uncertainty.

David Lynch’s masterpiece of a TV show is still extremely good to this day. That is, if you can get past the dated camera angles that resemble the ambiances of 90’s soap operas.

The story follows the small town of Twin Peaks after the death of Laura Palmer. The FBI gets involved and sends agent Dale Cooper, portrayed by Kyle Maclachlan, to solve the case.

But things aren’t as they seem.As Dale Cooper spends more time in the small town, things begin popping up that lead him to uncover secrets about the town that were never meant to be uncovered.

Overall, it is extremely good T.V. show, and thanks to David Lynch’s and Mark Frost’s brilliant writing, the show has an expansive background than is just shown on the screen.

Writing one of the newer T.V. shows on this list, Sam Esmail blazed onto the scene with this show that akins that of Fight Club. Though the pacing on the show moves slower than other T.V., it is still stellar.

He wants to change the world as we know it for better, so he attempts to bring down the world’s largest corporation to get rid of capitalism. In doing this, he struggles with personal relationships and risks everything that was ever known to him.

The show is stylized with unique camera framing, and killer score that is produced by Mac Quayle.

The excellent writing by Sam Esmail creates an expansive world that not only questions the very fundamentals of the TV show, but also questions how this show even exists.

If you are looking for something a little more fast paced than Mr. Robot, and a little newer than Twin Peaks, look no further than Legion.

This show is a fast paced look at David Hollar, a psychiatric patient diagnosed with schizophrenia. After falling in love with another patient, he encounters an event that shatters his reality, and his visions and voices might be real.

With that fresh on his mind, he encounters the fact that he has powers that are beyond anything that anyone has ever seen.

This show is extremely well edited, and really well written. Beware, though, what you see on the T.V. The screen isn’t alway real when watching this show.

Nathan For You (Hulu)

If you are looking for something a little more comedic, look no further than Nathan Feilder’s Nathan For You.

Where to start with this show?  One, the show is completely unscripted and has genuine reactions to his proposals.

The show follows Nathan Fielder, who has a business degree and got really good grades in college. He uses this business degree by going into struggling businesses and giving them unorthodox advice that won’t bring in people at all.

This advice ranges anywhere from selling poo flavored yogurt in a yogurt shop to hiring a fake shell  PR person to speak at a fake town hall meeting about an oil spill, so that companies can claim a fire alarm as a musical instrument to avoid tariffs.

Yes, he actually did that, and yes it is completely unscripted.

This show has so many gems in it and is extremely funny thanks to Nathan’s awkward character that he plays and his over the top plans.

Rounding out our list is the AMC spinoff to Breaking Bad, Better Call Saul. The show is expertly directed/written by Vince Gilligan.

This show follows Jimmy McGill and his spiral into the character, Saul Goodman, as we know him in Breaking Bad.

This show primarily focuses on character development, as Breaking Bad did. It questions your morals and whether you should support Jimmy into the man he is becoming, the classic Vince Gilligan moral dilemma.

Well that does it for this series, I HIGHLY suggest any of these shows to watch while we take part in social distancing.