What The Dress Code Means to a Female 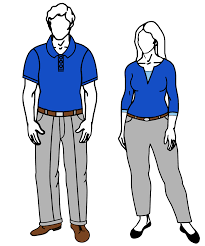 In their most innocent form, clothes are a way that a person can express themselves in whatever way makes them feel most comfortable.  In their most negative way, clothes are used to shame young women and to create a problem that was not originally present. A high school dress code is directly aimed at females and goes to every extent possible to make them feel like they need to cover up in order to be respected.

“It is always centered towards the girl and it is teaching us to ‘cover up’ and hate the bodies we were born with,” an anonymous female freshman shared.

Female discrimination presents itself in the 21st century in many ways . According to AAUW, women make 82 cents to every dollar that a male makes and make up about ⅔ of the overall student loan debt in the United States.  The pink tax causes women to pay about 42% more than men on basic items, says Listen Money Matters. Teen Vogue states that one in four women will be a victim of gender-based sexual harassment. These are just a few ways that women tend to not be equal to men, but the list certainly doesn’t end there.  High school females come face-to-face with gender-based descrimination due to the construction of the dress code.

In a recent survey for Central Hardin’s AP Government and Politics Class on March 30, determined that 100% of the participants agreed that the school dress code is sexist towards females.

“Women are told to hide their bodies. Women are told that non sexual parts of their body are distracting. Instead of having the men control themselves and be disciplined, women are blamed,” an anonymous senior shared. “By dress-coding female students more than their male peers/telling a female who is minding their business to cover up for the education of a male, they are telling females that their education does not mean as much as a male’s. Their education is disrupted to change a shirt, jeans, dress, or skirt, when the ‘distracted’ party is not told to pay attention or stop sexualizing normal parts of a body.”

The action of being dress-coded is more often than not more distracting than the article of clothing itself, telling females that their clothing is internally wrong but not visually wrong.

An anonymous female junior stated, “I had a TINY TINY TINY hole above my knee and it was ten days before the end of the year freshman year and I had to miss a speaker in our class and then they put duct tape on my jeans and I had to walk around like that the rest of the day.” They continue to say, “It was SO embarrassing.”

Not only is the action of getting dress-coded a distraction, it takes females out of the classroom, the location where their education takes place.

“I walked into school wearing jeans with larger rips on the knees. I had worn them before many times and nothing was ever said to me,”  an anonymous female junior shared, “but I was dress coded and asked to stay in the office until my dad brought me new pants. I missed nearly all of Geometry.”

An anonymous female sophomore extends on this topic by stating, “It’s indirectly saying, ‘Hey girls, you’re education isn’t as important so we are not going to allow you to attend class because your shoulders are showing.’”

If that isn’t enough to make you feel like the dress code is sexist towards females, many female students stated that they felt violated by the dress code.

“Stop sexualizing minors,”  an anonymous female junior says. “My body is not a distraction. Educate the men we are ‘distracting’ if it’s such an issue.”

“It’s obviously targeted towards girls so boys don’t get ‘distracted’. Like teach your sons to respect women instead,”  another anonymous female junior shared in response to the survey.

Not only is the dress code sexist towards females, it also directly pin points females with different body types.

A female junior helps to shine light on this issue by saying, “My legs were ‘too long’ so my skirt looked too short even though when I put my hands to my side it was past my finger tips.”  She goes on to say, “I can’t help that I have long legs.”

Another female junior gives input on the topic. “Also they target people of a bigger size when it comes to the dress code.”

When the participants of the survey were asked if they thought their dress code violation was justifiable, the overwhelming majority said no.

One female sophomore shared, “I had leggings on and my shirt wasn’t covering my butt, and I don’t think it was justifiable. If someone is distracted by someone else’s body, that’s their problem, not the person wearing the clothes.”

The dress code, while made with good intentions, is unjust towards the female population of the school and those good intentions get lost in translation.

Women already feel like they have to fight their way to respect, the dress code adds an unnecessary pressure to them that they now have to fight to be respected in the body that they were born with.